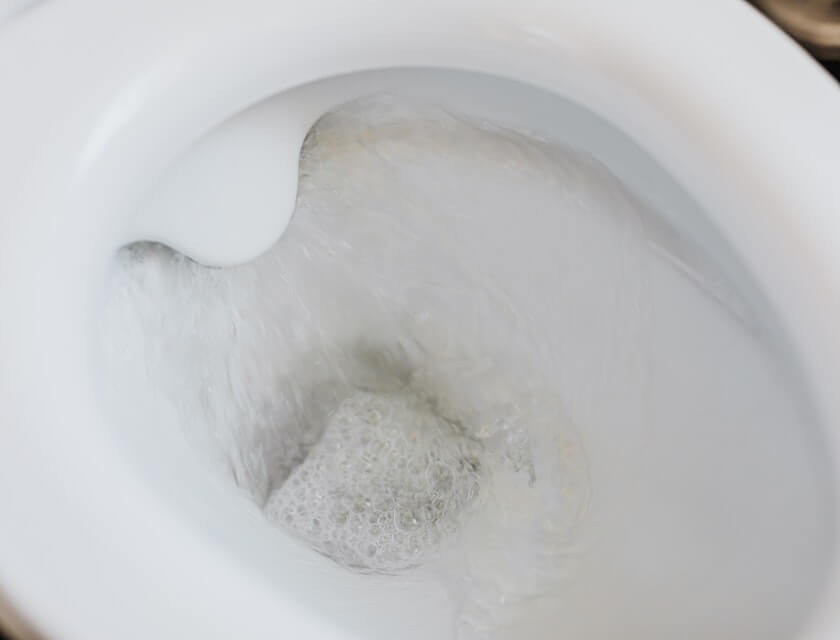 Disposing of items in the toilet often seems like the logical choice. After all, it’s right there, and it is already connected to the sewer system.

However, most of the time, flushing things down the toilet is not the best course of action. Instead, you should recycle, compost, or just throw them in the bin. While flushing one of these down the toilet here and there won’t block your pipes, there may come a time when you need to reach for the drain unblocker, because too much has accumulated down there.

Here are the 24 items you should never flush down the toilet, no matter how convenient it may seem:

Tampons should never be flushed down the toilet, even when the packaging says they are flushable. They have been designed to absorb water in the first place, so they may end up blocking your pipes.

Your flushed tampons will also ultimately end up in the ocean, where they will cause serious harm to marine life.

Instead of flushing your tampons, wrap them in some toilet paper and throw them in the bin.

Sanitary pads should not be flushed down the toilet. Especially not in a public restroom.

Even the ones that are completely organic and made of compostable materials need to be disposed of responsibly, i.e. never flushed, as they are too big to fit down the pipes, and will lead to a blockage sooner rather than later.

Once again, wrap them in toilet paper (or the packaging the one you are about to use has come in), and throw them in the bin.

Cotton pads, cotton balls and all other cotton products shouldn’t be flushed down the toilet. They will absorb the water and clump together, quickly leading to a plumbing issue.

Instead, you can either recycle them or bin them responsibly.

Baby wipes, even those that are marketed as flushable, should not be flushed down the toilet. In fact, they are among the most common causes of toilet blockages.

Baby wipes don’t dissolve like toilet paper does, so if it hits an obstacle (or if it creates one), nothing else will be able to escape either.

Throw them in your garbage bin instead of flushing them. .

Diapers should never be flushed down a toilet. They were designed to absorb water, so will very quickly lead to a blocked toilet and an emergency call to your local plumber.

What you should do instead is dispose of the diaper’s contents in the toilet, and use a diaper pail or any other separate bin to get rid of the actual diaper.

Q-tips are another item you should never flush down the toilet, even if they are made of organic materials and contain no plastic. They can easily get caught in a tight pipe and cause a blockage.

Throw them in the garbage bin instead.

Condoms should never be flushed, as they most definitely don’t break down in water. Always dispose of them by binning them, ideally tying a knot at the top to prevent spillage, and wrapping them in a tissue. .

Medication shouldn’t be flushed, even though it may partially break down in the water. It will ultimately end up poisoning the water system it lands in, and can be highly toxic for the environment.

Take your expired medication to your local pharmacy instead.

Contact lenses shouldn’t be flushed down the toilet, no matter how small and insignificant they seem. They are in fact responsible for a lot of the microplastic that is polluting our environment, so always dispose of them in an eco-friendly way. In other words, throw them in the garbage.

Dental floss may not only clog your pipes, it can also be very harmful for the environment. Think of each string of floss as part of a net that will catch anything you throw at it. It can not only cause major damage to your plumbing, it can also damage the entire septic system.

This same netting may make it into the environment, where it can wreak havoc among the animal and plant life. To prevent this, always throw your used dental floss in the bin.

Band Aids are made of plastic, and will not dissolve in water. Since there is also a bit of glue on them, they may stick to your pipes and clog them. Not to mention, they will harm the animal and plant life they end up with after they leave your sewer system.

Throw your Band Aids in the bin instead.

Don’t flush cigarette butts down the toilet. They can not only clog it, but they will also release their toxic materials into the water, damaging the ecosystem.

Instead, throw them in the garbage, or even designate a specific garbage bag for the disposal of cigarette butts, and throw it out on a daily basis.

Never flush cat litter, even if the brand that manufactures it claims it is flushable. Your toilet tank most likely does not have enough power to move the required amount of water to get rid of it safely.

Cat litter can also clump up when wet and cause some serious damage to your pipes. Since cat waste can also contain the Toxoplasma gondii parasite, you definitely don’t want to introduce it into your local water system.

Throw your kitty litter into a biodegradable bag and then in the trash.

Hair shouldn’t be flushed because it never dissolves in water. Over time, it will create a net that can trap other debris in your pipes, leading to a costly clog. Throw any stray hair you collect into the trash can instead.

Flushing gum is a bad idea, as it’s not soluble and is also sticky. It can stick to your pipes and cause all kinds of damage, and lead to clogs over time. It will also be very tricky to remove a packed up mass that has stuck to the gum in your pipes.

The correct way to dispose of gum is, you guessed it, to throw it in the bin (but try not to let it stick to the sides).

Cooking grease should never be flushed (or poured down the drain), as it will congeal when it cools. This can lead to blockages.

Pouring hot grease into the toilet bowl can also cause all kinds of staining and even damage the ceramic.

Instead, collect your grease in a bowl or jar and wait for it to cool, before throwing it out.

There are better ways to dispose of food than flushing it. Even though it is certainly biodegradable, it will still end up where it’s not meant to be.

Compost what you can, and dispose of everything else in a bin instead of the toilet.

Paper towels and tissues are not the same as toilet paper, and will not break down as fast. While they are not likely to cause a blockage or damage your pipes, you are advised to bin them after use, even if you’ve used them as a toilet paper replacement.

Plastic bags will not dissolve in water, and will only end up clogging your pipes. They will likely end up clinging to the piping and any debris that is already stuck down there, and cause an expensive issue down the line.

The only eco-friendly way to dispose of plastic bags is to take them to a place (usually a grocery store) that collects them for recycling.

Bleach shouldn’t be flushed because it is much too harsh for your septic system. Instead, try cleaning your toilet with vinegar, or a less powerful chemical cleaner.

Paint shouldn’t be flushed down the toilet, as it can not only be toxic, but is a very complex mixture of different compounds that can harm the environment, as well as your sewage system. Not to mention, stain your toilet bowl.

Take your paint leftovers to your local paint store or garden centre, where they can be disposed of properly.

Goldfish shouldn’t be flushed down the toilet, no matter how many times you’ve seen it in a movie.

They will most likely not clog your pipes, that much is true. However, depending on their cause of death, they may spread a disease or otherwise interfere with the ecosystem they end up in.

Your child may flush a toy or any other kind of trinket down the toilet. If this happens, you want to be especially careful not to clog it with anything else, and probably call the plumber immediately. The toy may have gone much further south, and may never cause an issue, but you want to check if there is anything you can do immediately to prevent further damage.

This one does come with a caveat, don’t worry. If you’ve used the toilet paper as intended (i.e. to wipe yourself), flush it down the toilet.

However, if you have used it to wipe the sink, the mirror, your nose or to collect hair from the floor: throw it in the bin.

This way, you will prevent too much toilet paper from accumulating in your system. Even though it will more than likely be able to handle it, a weaker flushing system may have a hard time handling excessive amounts of even the most dissolvable toilet paper.

What Can You Flush Down the Toilet?

There are only three things you should flush down the toilet: paper, poo and pee. Everything else should be disposed of elsewhere.

That way, you will not only ensure that your plumbing system remains clear and in good working order, you will also be doing your bit for the planet, and ensuring nothing harmful or potentially toxic ends up in the oceans. At least nothing that originates from your toilet.

Don’t flush any of these 24 things down your toilet, and you can expect it to stay in perfect working order for a long time to come. If you also clean and maintain it regularly, you probably won’t have to make that dreaded call to the emergency plumber.

What is the Best Drain Unblocker on the UK Market?

How to Save Time When Cleaning and Maintain a Spotless Home

Previous articleBest Hedge Trimmers: Keep Your Hedges Under Control
Next articleHow to Clean Maggots Out of Trash Can?