Can You Flush Condoms Down the Toilet? 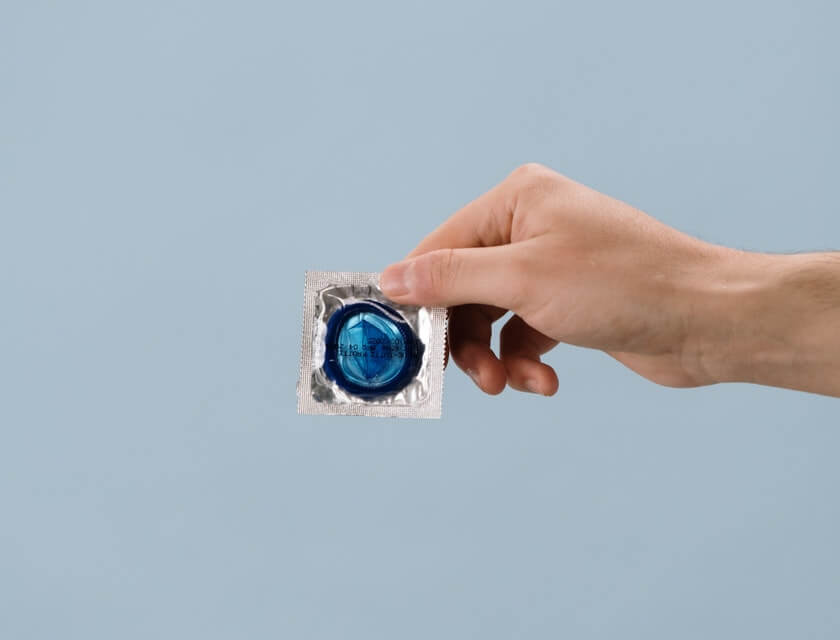 Most households are guilty of flushing items down the toilet that would better be disposed of elsewhere. Condoms are just one of them.

Many men (and women) find it simplest to flush a condom after intercourse, not considering what that may do to the environment or their plumbing.

Can you really flush a condom down the toilet? Or will it clog your pipes and resurface when you least expect it?

Can You Flush Condoms Down the Toilet?

No, you can’t flush condoms down the toilet. Over time, they will cause a latex blockage in your pipes or septic tank, which can clog up your entire system and lead to costly repairs. The best way to dispose of a condom is to wrap it in toilet paper and throw it in the bin.

Repeatedly flushing condoms is of course worse than flushing a random condom or two. However, as your piping is already full of all kinds of other debris, the latex will catch on it and worsen the blockage.

Since condoms are a fact of life and remain the best protection against STDs, don’t stop using them: just make sure they end up in the bin, and not in the toilet.

Some things should not be flushed down the toilet, no matter how convenient it seems at the time. This includes tampons and other sanitary products, as well as, perhaps surprisingly, hair. Unfortunately, countless tampons and hair balls still manage to wreak havoc to plumbing systems every year

Can You Flush Latex Condoms?

No, you can’t flush latex condoms, as they are not biodegradable and will not dissolve in the water. They will either end up in the ocean, where they can harm marine life, or ultimately clog your pipes.

There is no truly eco-friendly way to dispose of latex condoms, but flushing them is the worst option. As they were designed not to let any liquid through, they won’t break down in the piping. Even if they do make it out of your system, your used condoms can interfere with the lives of unsuspecting marine species.

Do the responsible thing, and bin your condom instead of flushing it.

Will a Condom Dissolve in the Toilet?

No, a condom will not dissolve or even soften in the toilet. As a result, it will clog your pipes and result in some costly and time-consuming repairs.

Condoms are waterproof by their very nature, and will take decades or perhaps even centuries to completely break down. They will probably stay in one piece even after you are gone.

What Happens If You Flush Condoms Down the Toilet?

When you flush condoms down the toilet, they will cause a buildup in your pipes and can completely block them over time. They can also damage your septic tank and cost you a lot of money in repairs.

Blocked toilet pipes can also cause brown toilet water, so if you have up until now been flushing your condoms (or anything else other than pee, poo and toilet paper), the time has come to change your habits.

Even if your condom does make it into the city’s sewer system, it will remain there until someone fishes it out. Is that really where you want your used condoms to end up?

Ultimately, flushed condoms land in the oceans, where they can pose a danger to the animal and plant life that inhabits them. Condoms also tend to wash up on beaches, and can be a breeding ground for all kinds of bacteria.

Yes, condoms do block drains when flushed down the toilet. While one condom is not likely to cause a blockage, repeatedly disposing of them in the toilet will eventually block your drains.

Condoms can also damage your septic tank, or even the city’s water treatment system. And while they will eventually end up in landfills when you throw them in the bin, this is still the best way to dispose of your used condoms.

Can Condoms Come Back Up the Toilet?

Condoms won’t come back up right after you flush them. They will catch on the debris in your pipes or end up in your septic tank. If your toilet is already clogged, they may come back up though.

Similarly, if your toilet gets clogged in the future, parts of the debris may start to come back up. This includes flushed condoms.

Why Do People Flush Condoms Down the Toilet?

People often find flushing condoms down the toilet the simplest course of action. They may find removing a condom a tad disgusting and want to get rid of it as soon as possible, or may even be too lazy to walk over to the trash can.

Some people also don’t realise that condoms shouldn’t actually be flushed, and mistakenly believe this is just what one does with a condom.

Ultimately, there may be a bit of deceit involved as well. If someone is cheating on their partner, they may prefer to flush a condom as opposed to throwing it in the trash, as they want to hide the evidence.

If you have previously been guilty of flushing condoms, for whatever reason, do your best to stop as soon as possible, preferably the next time you have sex.

How to Unclog a Toilet Blocked by Condoms

You can plunge your toilet or use a plumbing snake to unclog a toilet that has been blocked by condoms. If you find that the blockage is too severe for you to handle on your own, you will need to call a plumber.

You can also use a drain unblocker to try to shift the debris that is clogging your toilet (condoms included). Vinegar and baking soda can also serve the purpose, but may not be powerful enough to solve the problem.

How Do You Dispose of Condoms?

Carefully take the condom off and tie a knot in the middle. Then wrap it into toilet paper or a tissue, and throw it in the trash.

You can skip the tissue if you are comfortable without it, but do make sure to bin your used condoms, and try not to spill.

If there is no trash can nearby, carry your used condom with you until you find a suitable garbage bag. Be discreet about your used condoms, even inside your own home: you don’t need to spot them every time you look inside the bin.

Flushing condoms down the toilet should be avoided as much as possible. It will not only protect the environment and your pipes, it can prevent the embarrassment of watching a plumber fish out a bunch of condoms from your septic tank.

If you also clean your toilet regularly and remove any limescale that builds up over time, your toilet should serve you well for decades to come.

How To Remove Limescale From a Toilet Below the Waterline

Previous articleWhy Won’t My Toilet Stop Running?
Next articleCan You Flush Paper Towels Down the Toilet?