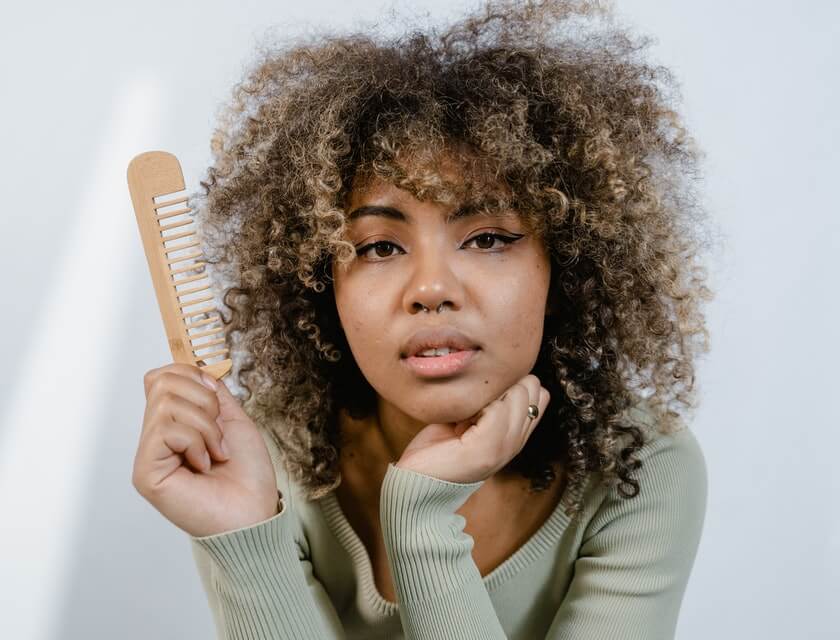 No matter how short or how long our hair is, we leave a trail of it behind us all over our home. This is particularly exacerbated in the shower, when we comb our hair in front of the bathroom mirror, and any time we play with our hair to make it look just right.

The question that arises though is can you flush that hair down the toilet? It may already unintentionally be there, or it might just be sitting in the shower drain. The easiest thing to do is to scoop it up and flush it.

However, is hair one of the things you should never flush down the toilet?

No, you shouldn’t flush hair down the toilet. Hair often takes years to dissolve, and is one of the most common causes of clogged toilet drains. It will ball up or form a net in your piping, trapping both odours and everything you flush after it.

Much like dental floss, masses of hair in your piping will start to weave together and form tight nets that will get tangled up quite quickly. As a result, obstructions will form that won’t let anything through, and you will eventually need to call the plumber in.

What Happens If You Throw Hair in the Toilet?

Throwing an occasional hair in the toilet won’t do much harm. However, routinely throwing all the hair you collect around the bathroom into the toilet will most likely eventually clog it.

Ideally, you want to throw the hair elsewhere. Compost it or bin it, but don’t throw it in the toilet. You don’t have to fish out any stray hair that lands in the bowl. Just make an effort not to dump hairballs and strands in there voluntarily.

What Happens If You Flush Hair?

Flushing hair over a long period of time will eventually clog your pipes. Hair forms a tight net in your sewer system, which will at one point create an obstruction you will require professional help to remove.

Granted, it may take a very long time for the hair you are flushing down the toilet to cause any trouble. If you regularly clean your toilet and don’t flush excessive amounts of non-flushable materials and items, the hair may never give you any trouble.

To be on the perfectly safe side though, stop flushing hair altogether.

Does Hair Clog the Toilet Bowl?

While hair won’t clog the toilet bowl itself, it will eventually clog the pipes further south. This will in all likelihood be a very costly issue to fix.

The hair will start to mat and tangle in the bowl, and as it is flushed, it will start to form nets and balls that will snag on the piping, and start to collect all kinds of debris along the way. Over time, this can result in a complete blockage not even a piping snake will be able to remove.

Yes, hair can and will over time block your drains. It will start to form clumps and balls that will slow the flush down, and can even entirely pack up the piping.

You may end up needing to use a drain unblocker to clear the debris, or having to call a plumber in to help you out.

As the blockage is most often located much further down your pipes, this can end up costing quite a pretty penny and can require significant work, even changing some of your pipes.

Yes, hair does dissolve, but it may take several years. Hair is in fact considered problematic waste, and even when it does manage to leave your local pipes, it will start to accumulate somewhere.

How long it takes for hair to naturally dissolve depends on the quality of the water it is lodged in, the presence of oils and other chemicals and general moisture levels.

You can help the process along by using vinegar and baking soda, or by pouring a drain cleaner down your toilet: but it may not be enough if the clog is extreme.

Is It OK to Flush Hair in the Toilet?

While flushing an odd hair every now and then is OK, you shouldn’t flush large clumps of hair down the toilet.

They will eventually accumulate and may cause serious drain blockages. You don’t have to fish out the hair that just happens to fall into your toilet bowl. Just do your best not to add fuel to the fire, and dispose of the hair elsewhere.

Most people do flush hair down their toilets though, so if this is a habit you have formed yourself, don’t feel bad about it. Even though you can’t flush tampons either, this is something else a lot of women do. If this is you too, change this habit as well.

Is It OK to Flush Short Hair Down the Toilet?

No, you shouldn’t flush short hair down the toilet. Granted, long hair is more likely to cause a blockage, but short hair will also accumulate over time, and can block your drains.

Ideally, you want to dispose of short hair in the bin as well. Get a drain catcher for the shower or tub, and when shaving or trimming your beard, place some paper over the sink to catch the short hair, or use a bowl.

Can You Flush Pubic Hair Down a Toilet?

While pubic hair is less likely to clog your pipes, it still shouldn’t be flushed down the toilet. Over time, it can accumulate and cause blockages.

Trimming or removing pubic hair is easiest over the toilet, I do give you that. All you have to do is cover the bowl with some newspaper to catch the hair, and dispose of it in the trash when you are done.

How to Dispose of Hair?

The best way to dispose of hair is to simply throw it in the trash can. You can also compost it, as it is biodegradable, it will just take a fair amount of time to decompose.

As opposed to flushing hair down the toilet or letting it run down the shower drain, collect as much of it as you are able to, and place it in the trash or compost bin. Hair can also prevent your bathroom sink from draining properly, so the more of it you are able to bin, the better.

Can You Compost Hair?

Yes, you can compost hair. You can also use it as mulch. Hair is a great source of slow-releasing nitrogen, which can make your home-grown fertiliser even better.

This is in fact the most eco-friendly way to dispose of hair, and it can help ease some of the pressure on recycling and sewage treatment plants that have to deal with all that hair we as a species shed every day.

Even though it is the easiest and simplest course of action, hair should not be flushed down the toilet. Instead, aim to help it find its way into your trash can or compost bin.

How to Use a Yogurt Maker

Previous articleHow to Clean Maggots Out of Trash Can?
Next articleWhy Won’t My Toilet Stop Running?