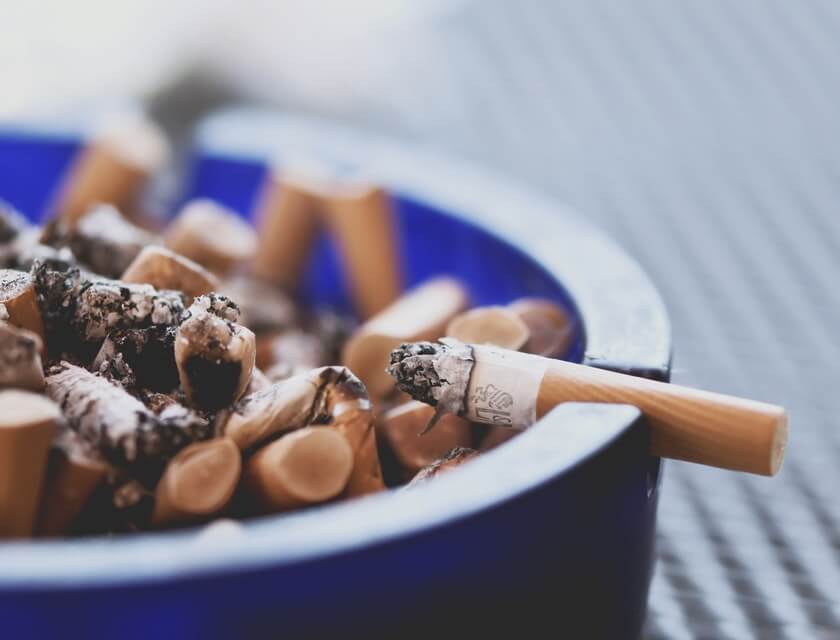 The toilet often seems like the perfect receptacle for all kinds of trash. We tend to flush hair and paper towels, even tampons and condoms. None of these items should actually be flushed though.

Since the toilet bowl also happens to be full of water, we tend to see it as a great way to dispose of cigarettes and cigarette butts too.

What happens when we flush cigarettes though? Do they just end up deep in the oceans somewhere? Do they clog our toilets and damage our septic tanks? Or can they safely be flushed?

No, you can’t flush cigarettes down the toilet. The same applies to cigarette butts too. They can both clog your toilet and damage your septic tank, and contaminate the water system they end up in.

Though they seem small and soluble, cigarettes can end up snagging on your piping, and creating a blockage that will cause the water to back up in your kitchen and bathroom. This is more likely if your toilet’s piping is already clogged.

Cigarettes also contain various harmful chemicals that will impact the animal and plant life in any body of water they eventually settle in. Flushing them is thus the worst possible option.

What Happens When You Flush Cigarettes?

The cigarettes you flush will eventually end up in a river, lake or ocean, where they will harm the local animal and plant life.

They can also clog your toilet, if you routinely flush other non-flushable items. The more clogged your pipes, the likelier flushing cigarettes will exacerbate the problem.

However, the main issue with flushing cigarettes is the impact of this action on the environment. There is simply no way to get away from the fact that cigarettes are essentially rolled up poison. While humans are able to make the choice to smoke them (or not), the animals who are affected by them don’t have the same luxury.

Can I Flush Cigarette Butts?

No, you shouldn’t flush cigarette butts. They are just as toxic as the rest of the cigarette, and can cause significant damage to the environment.

Even the but of the cigarette can end up clogging your pipes. If it does make it all the way to the body of water your local sewer system spills into, it will release plenty of harmful toxins into it. Cigarette butts will also wash up on beaches, where they can ruin a perfectly fine summer day, and get picked up by curious children.

Do Cigarette Butts Break Down in a Septic Tank?

No, cigarette butts don’t break down in a septic tank. In fact, they should be fished out of it before they start causing serious damage.

Cigarette butts are not in fact biodegradable, and can take over a decade to decompose. This means they will stay in your septic tank until you do something to remove them. They will in the meantime release plenty of toxins and harmful chemicals, and wreck a fair bit of havoc to the environment.

How Do You Unclog a Toilet with a Cigarette?

Keep a bit of water in the bowl and use vigorous force while plunging. A couple of minutes should be all you need, if the clog is not either very serious, or very far down the pipes.

You can try using a plumber’s snake too. It will help you reach blockages further down, and it provides more precision than a plunger. A drain unclogger may work as well.

Of course, if you can’t unclog the toilet yourself, you should always call a plumber, as they will be able to fix the problem without causing any further damage.

No, cigarettes are not biodegradable. Their butts are made primarily of cellulose, which can take decades to decompose. Even then, it breaks down into microparticles that further pollute the soil or water they end up in.

This is precisely why flushing cigarettes is such a bad idea. Even if they do get more or less shredded in the water, they will still end up polluting whatever environment they get flushed out to.

How Do You Dispose of Cigarettes?

Cigarettes should be thrown in the garbage after being completely extinguished. You can either use an ashtray with sand or water in it, or simply check that each cigarette is completely out before you toss it in the garbage.

Cigarettes also tend to smell quite a bit, so in order to keep your trash can from smelling, make sure to take the garbage out regularly, or use some coffee beans or baking soda to neutralize the smell.

Flushing cigarettes is both the least eco-friendly choice you can make, and a potential hazard to your pipes and plumbing. Instead, always use an ashtray and carefully dispose of your cigarettes in the trash can.

How to Use a Yogurt Maker

How to Prevent Clothes From Shrinking

Why Is My Toilet Water Brown?