Tom and I got into a heated argument last week.

I entirely blame his sudden desire to make himself a lemonade (technically a lime-and-lemonade).

Like all husbands who are not quite sure where to find something in their own kitchen (don’t even get me started), he reached into the wrong drawer and found himself staring at the business end of our largest knife. No injuries were sustained, but the onslaught of adrenaline propelled him to the garden where I was busy repotting a tomato plant.

I also blame the fact that I’ve never been good at growing tomato plants and so was understandably particularly on edge.

The domestic that ensued, in full view of Next Door’s Dachshunds (and probably Next Door herself, peering through the curtains like a true Mrs. Dursley) resulted in a new kitchen drawer arrangement.

We would allocate one drawer for “everything we actually need and use”, to use Tom’s words, and the rest of them could be populated by my insatiable desire to try new kitchen gadgets and utensils out.

And we would have one drawer for knives and other sharp objects.

Below I am providing a list of the items that have made it into the privileged drawer, and hopefully it can help you out if you’re just stocking your very first kitchen, or contemplating what to declutter in a bout of spring cleaning.

We can take a peek into the other drawers and cupboards some other time too, if you ever feel curious, but for now, here are the 12 items deemed essential in our household.

Even though a knife has managed to ruin an otherwise decent afternoon, it’s still the one item I wholeheartedly believe every kitchen should make an investment in.

Chef’s knives may seem a bit intimidating. And you do really need to teach yourself how to use them properly. But once you get over the fear of inadvertently injuring yourself and master the technique – you can do practically anything with this one knife.

There are schools of thought that advocate for investing in entire knife sets. And they may come in handy. Do still start with the one. From meat to veggies and even cake – you can just about slice and dice anything you put your mind to.

This Paudin model is the one we own (and is not the knife that caused all the trouble) – and we do really both love it.

A good knife also needs a knife sharpener – because trust me, there is nothing worse than a dull knife when you’re trying to be very snappy in the kitchen.

I would again advise the use of caution. We of course have the Any Sharp one, and while it’s very easy to use and very safe, I still leave this task to Tom. I’m not that much of a klutz, but still, better to be safe than sorry.

I hemmed and hawed quite a bit on the subject of a spatula, and whether you are better off with a wooden or a metal one. I finally landed on the plastic variant, mainly because it’s easier to clean, and you can use it for practically all of your flipping needs.

A plastic one also means you won’t scratch any of your pots and pans, which is highly likely with a metal model. If you like making pancakes, this is a much-needed utensil.

I couldn’t actually determine which model we own – as there is absolutely no way to tell from the spatula itself. And honestly, most of them will do just fine.

Wooden utensils have a while back been exposed to some undue criticism, and their use has probably dropped as a result. True, you need to manually clean them, keep them dry and they may be a cross-contamination hazard, but as long as you practice basic sanitation measures, I find you’ll be just fine.

They are also more eco-friendly, and they are just better. As I’m not a chef I’m not sure how to explain it, but making even something as simple as a pasta sauce is much better with a wooden spoon.

These guys seem like a good choice, so you may want to give them a go if you’ve decluttered all of the ones you use to have.

I know what you are about to say. You can just as easily use a fork. But let me make my case for the whisk: it’s just so much bloody easier!

There is an upgrade to the whisk of course too, and you can use your Magimix, but I find that a simple, straightforward manual whisk should have its place in every household. Especially if you like to bake.

We have this OXO one (yes, still thinking of the Cake Boss whenever I mention OXO), and it’s lasted us for a very long time.

And I know you’ll be saying the same thing again: you can flip stuff with two forks (kudos to the inventor of the fork, his product is practically selling itself). And I’ll have the exact same reply: it’s just so much bloody easier!

Tongs are great, trust me. You don’t have to worry about spillage, and dripping, and sizzling. You just grab and go. Mind you, it’s very easy to buy a very bad pair of tongs, so you definitely want the more expensive kind. Trust me, I’ve tried the very cheap ones, and they just don’t work.

OXO though has another great item – and I can wholeheartedly recommend these.

Do I really need to introduce the colander? It’s bulky (definitely doesn’t live in the drawer, you’ve got me there), but it’s necessary. Whether for pasta or for salads, you simply need one of these, period.

Another item that I don’t actually keep in the drawer (can you blame me?), but that’s very much a necessity in any kitchen.

We’ve tried other solutions over the years, but I find that a box grater is ideal as it has so many solutions in one, and you don’t have to have 3 or 4 different graters to get the job done. And I do honestly use all the sides on mine.

The only fiddly bit is the washing up, but even that’s not really an issue, so a personalised grater should make it into your kitchen. With as many sides as you need of course.

Four sides are the usual setup, but you can go for six too. More sides does mean it’s a tad less comfortable to use, but not unduly so.

Cutting boards (definitely plural) are another absolute necessity. I’d suggest having a wooden and a plastic one, the latter for your meats, and the former for your fruits and vegg. In fact, I’d suggest having at least two of each, as that makes preparing larger or more complex meals much easier, seeing as you don’t have to keep washing up.

Also, do make sure you give them a very thorough clean after each use, and read up on the best way to maintain them, as you don’t want any bacteria to get trapped in those little cuts.

Set of measuring cups and spoons

If you like to make a lot of American recipes (i.e. you follow a lot of American cooks), you definitely need some measuring cups and spoons. Yes, you can always just turn cups into grams, but using actual cups will be much easier.

The same goes for measuring spoons, especially as UK recipes rely heavily on them as well. A set of both usually does the trick, and you never have to think of purchasing this item again (unless of course the dog gets a hold of them).

I’ve already written quite the ballad on kitchen scales, so I won’t say any more on the matter – you can just find all of my recommendations there.

Finally, if you are not a fan of baking, you won’t even need to consider this item. But if you are, you definitely need one. You can, in a pinch, use a wine bottle to roll your dough out, but a neat rolling pin will still be a prudent investment.

We come across the same wood vs. plastic vs. metal debate here, but I’m afraid I have no sound advice this time around: go for what feels right in the palms of your hands.

A sharp truth in place of a farewell

As for that carving knife that managed to find its way into the wrong drawer – don’t tell Tom, but he’s the one who actually put it there.

We only use it for roast chicken dinners, and by we I mean Tom. I’ve never been really good at carving meat.

The last time we had a chicken roast was when our son came over with half a pie, and we traded it for half the chicken. Since I stayed out in the garden chatting, Tom unloaded the dishwasher.

Circumstantial evidence based on hearsay, I know – but it should be more than enough to get me off in this instance.

How to Clean Vertical, Venetian, Horizontal, Roller and Every Other Kind of Blinds

How to Clean a Toaster in 8 Easy Steps

How to Make the Perfect Cup of Coffee

We will be happy to hear your thoughts 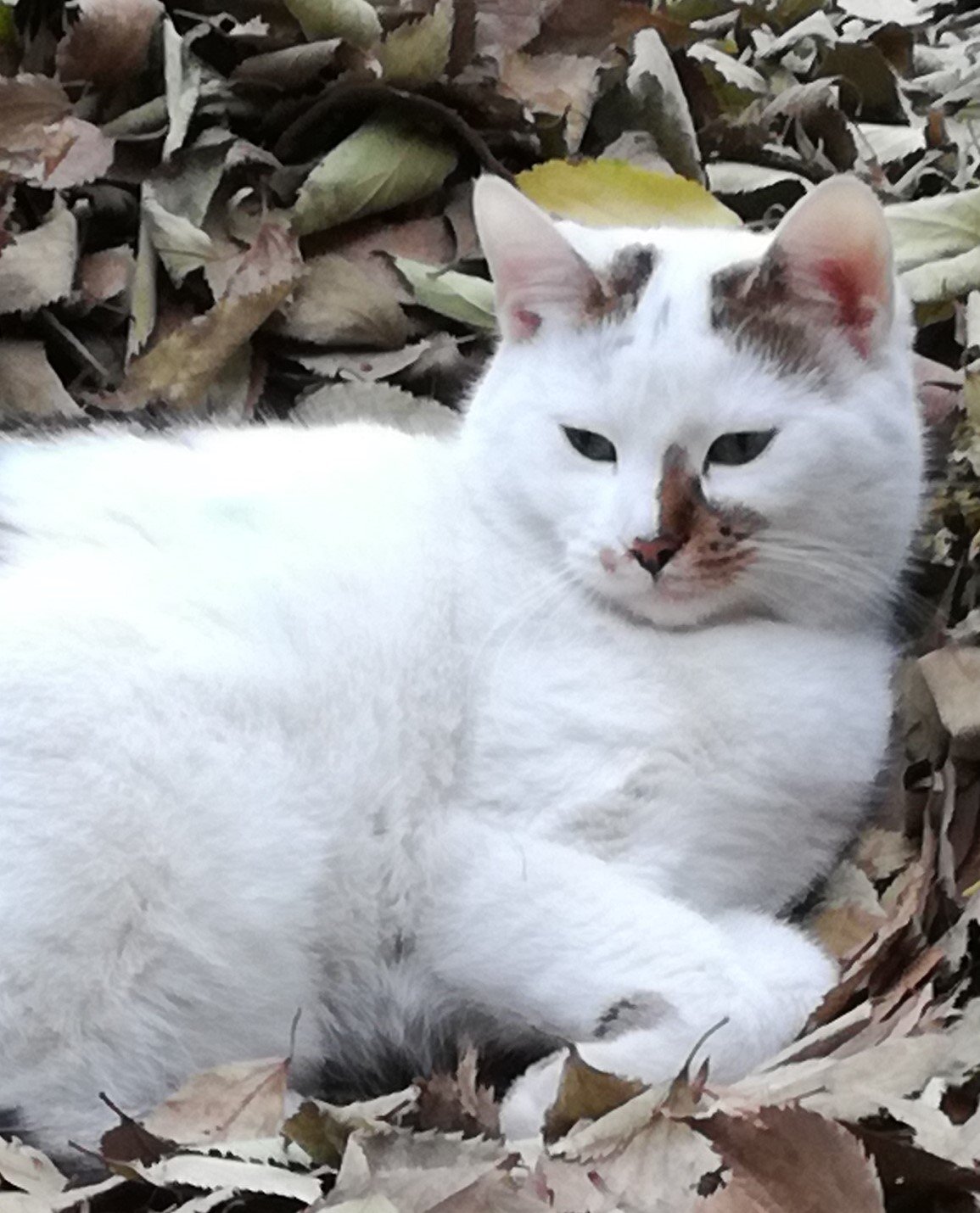 Hello and welcome to The Confused Nester – Gerrard and I hope you are having a fun time. Get comfy, settle in, brew yourself a mug of tea, source a biscuit, and if you want to get to know us better, click here.

The Confused Nester is a participant in the Amazon Services LLC Associates Program, an affiliate advertising program designed to provide a way for websites to earn advertising revenues by advertising and linking to amazon.co.uk, amazon.com, amazon.ca or any other website affiliated with the Amazon Services LLC Associates Program. In other words, I may earn a commission if you choose to purchase one of the products I recommend. This does in no way impact the price you are paying for said item though.