How to Keep Couch Cushions from Sinking? 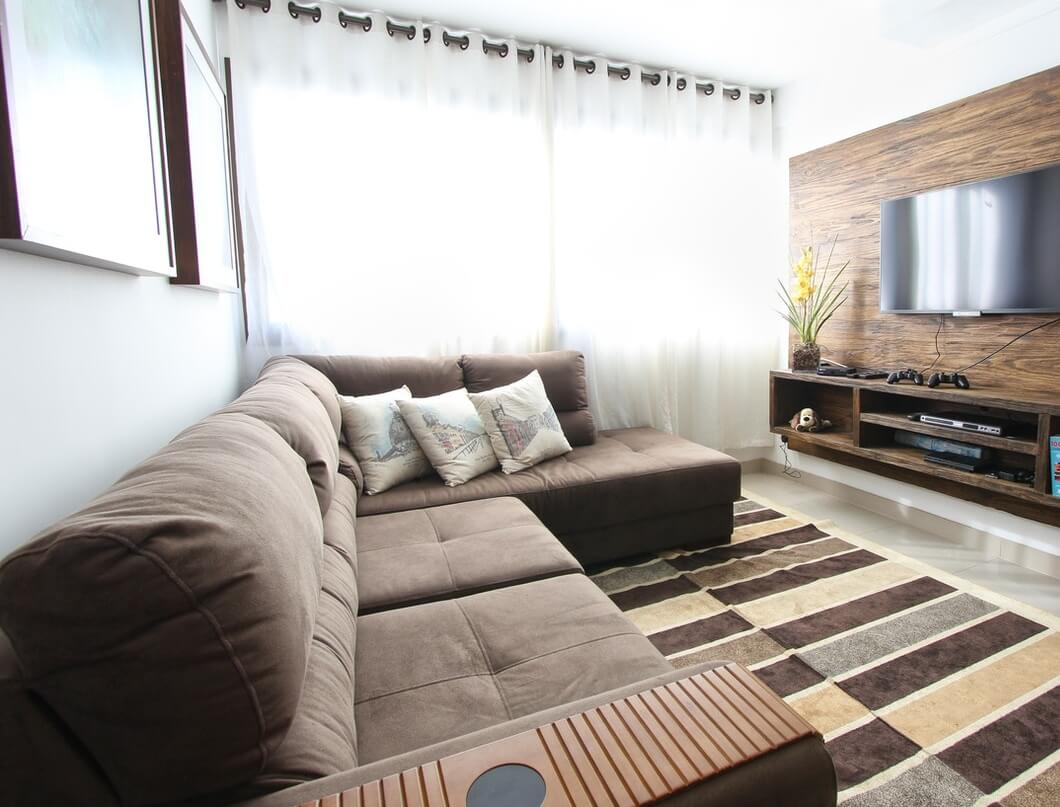 The couch is considered the focal point of most family entertainment. It is a central part of our leisure time, and plays an integral role in our evening routine. It is without a doubt one of the most used pieces of furniture in any home, which makes it both valuable, and more prone to wear and tear.

One of the first issues that arises with any couch is that its cushions begin to sink. Depending on how much time we actually spend on it, and the quality of the said item, this can happen a couple of weeks or several months into our couch ownership.

When the couch cushions do begin to sink, they will become an immense source of everyday frustration. Why does this even happen, and what can we do to keep our couch in near-mint condition for longer?

What Causes Couch Cushions to Sink?

Couch cushions will naturally begin to sink after a while, no matter how well they have been made. This is caused both by the way we sit and lie on the couch, and the materials used to make both the couch and its cushions.

Naturally, the more the couch is used, the more susceptible its cushions will become to sinking. They are especially vulnerable as they are most often made from foam. Even though foam is generally very forgiving when it comes to short-term pressure, long-term exposure to pressure will make it lose its elasticity and springiness.

The way we use a couch does not help it last long, either. For instance, it’s not advised to simply flop down anywhere. The very process of flopping exerts a lot of force on the foam, and although at first the cushions will most likely spring back, in time and with constant exposure to these forces, they are bound to lose shape.

In addition, the fact that we only sit and lie back on certain parts of the cushions means that dents will start to appear in the places that are most exposed to the weight of our bodies, causing them to collapse deeper and deeper each time we sit on our couch.

While it may seem like there’s no way to escape this dreadful process, and although it is true that at some point you will have to replace your couch, there is no reason not to try to make it last as long as it can, especially if you have spent a considerable amount of money on it and you still like the way it looks.

How to Keep Couch Cushions from Sinking?

As it happens, there are several ways to ensure your couch cushions sink less, and last longer.

Since cushion dents tend to appear in the areas that are most frequently sat on, and since most of us have our designated places on the couch (pets included), rotating the cushions once a month is a great chore to add to your to do list.

This way, the battering they endure will encompass a larger area and include the ones that are not otherwise exposed to our weight. The wear and tear will be evenly distributed and ideally, no dents will appear, which will help the couch last longer.

You may still see some dents, but they should be more evenly distributed, and less noticeable.

Replacing your cushion stuffing may not be the quickest fix, but it is surely one of the easiest, especially if your cushions come with a zipper (otherwise, you`ll have to do some unstitching and re-stitching). Simply unzip (or unstitch) them and remove the stuffing.

At this point, you have to consider what you will replace it with. To do it right, opt for good quality materials that will last you a long time. Generally, high-quality polyester fibrefill is a good choice, as is quilt batting. They are both sturdy and durable, and provide the fluff comfort is made of.

The only tricky part is to make sure that you distribute your new stuffing evenly, not just to achieve an appealing and tidy look, but to ensure your continued comfort as well.

Cinching your couch cushions can be an alternative to replacing their stuffing. You can also do both, to provide even better support.

To cinch the cushions, first remove the stuffing, then decide how many buttons you will use and where you will place them, depending on the size of the cushion.

If you are using only one button on each side, place them in the centre. If you are placing more, try to experiment with different patterns to see which one works best. Finally, sew the buttons on, making sure you use good quality tensile thread that will allow the stitching to firmly keep everything in place for a long time to come.

Inserting an additional layer between the couch and the cushions can provide stronger support and is a quick and easy remedy for limp or droopy cushions. These so-called “sofa savers” are usually made of a thin layer of wood (usually plywood) covered with a protective layer of vinyl, to make the upkeep more manageable and practical.

You can easily get them at most furniture stores or order them online. If you are a DIY fan, you can make them yourself. All you need to do is measure the space underneath your cushions, get some plywood and cut it into the right size, and cover it with a soft, non-slip material.

You can also use non-slip rubber mats under your sliding cushions. You can easily cut them to the right size, and they are also easy to maintain.

Velcro strips can also be a good choice, if you don’t mind causing a bit of damage. Just tape your couch and cushion together, making sure no tape shows. You will probably need to replace the tape at some point, and it will also make removing the cushions a bit of a chore, so consider other options first.

Every couch will get a bit less comfortable over time. All you can do is ensure you are treating yours with the tender love and care it deserves, and that you employ some of the above advice to prevent your couch cushions from sinking. After all, they are the heart and soul of your beloved couch.

Can You Dry Clothes Outside in the Winter?

Why Won’t My Toilet Stop Running?

Collapsible Laundry Baskets for Those Who Invariably Leave Theirs Lying Around

Previous articleDo I Need to Add Oil to an Air Fryer?
Next articleHow to Use a Soup Maker

How to Remove Pet Hair from Clothes, Furniture, Carpets and More

Why Are Blinds So Expensive?