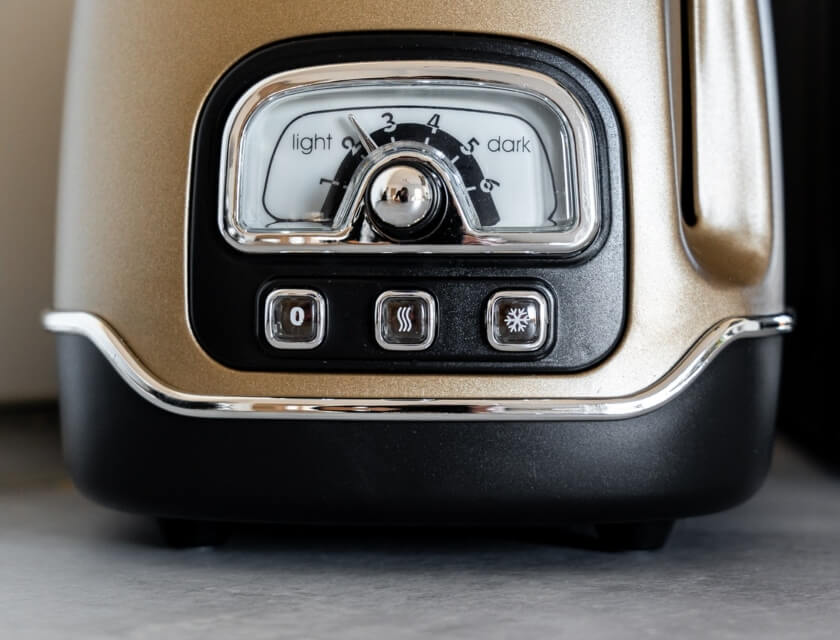 If you own a toaster, you have probably asked yourself many times what the numbers on a toaster actually mean. Do they have something to do with the amount of time bread is toasted, or do they refer to a toasting setting unique to each toaster?

The numbers on a toaster may refer to minutes or browning levels, depending on the type of toaster you have.

A number that works well on one model won’t provide the same results on another, so you always want to make sure to read the manufacturer’s guidelines for each toaster you own. Selecting the right toaster for your needs will also help you find the most appropriate number.

You will probably need to test out a couple of different settings, but you should be able to land on a number that makes the best possible toast.

Do Toasters Have Timers?

If you have ever experimented with different toasters, you might have noticed that, more often than not, you can get very different results with the same setting. Sometimes it gets the toast ready and perfectly toasty in 4 minutes, sometimes it takes longer, and sometimes the same goal is achieved in as quickly as 2 minutes.

The obvious solution to this mystery is that toasters don’t actually even have timers, which is true in most cases. The majority of them, typically the ones that are either cheap or reasonably priced, don`t have timers.

Instead, they have a small device called a capacitor, responsible for storing energy and controlling the toasting process. Once the toaster is turned on, the capacitor starts charging until it stops at a certain voltage. This is when the toast pops out, and is considered ready by the toaster.

A very small percentage of toasters does have actual timers, or mechanical timer chips, which are in control of the off-switch. This means that you can always set your toaster to work for exactly 1 minute, or 2 or 3, depending on what level of brownness you want.

However, these toasters are among the more expensive ones on the market, and they might be a bit more than you’ve bargained for.

What Do Toaster Numbers Mean?

Contrary to a surprisingly popular belief, the numbers on a toaster do not indicate minutes.

Setting your toaster to 2 doesn’t mean that it will take 2 minutes for the toast to pop out, even though, on occasion, it just so happens that the time needed for a piece of toast to pop out coincides with the number you have chosen.

Different toasters (and sometimes even the very same toaster!), when set to the same number,  will take different periods of time to produce the same level of toastiness.

Simply put, the numbers on a toaster indicate the amount of energy that the bread will be exposed to while inside the toaster.

Naturally, if a higher number is chosen, the bread will be exposed to a higher amount of energy, as it will stay in the toaster for a longer period of time. Longer heat exposure will increase the level of toastiness, while shorter exposure will decrease it.

The simplest way to look at the matter is to accept that the numbers on a toaster refer to the level of toastiness or brownness of the toast – the higher the number, the darker the toast.

How Do Toaster Numbers Work?

Toaster numbers generally range from 1 to 4 or 5, although there are some models which go as high as 8.

For capacitor toasters (which make up the majority of toasters available today), the numbers represent a resistance rate at which the capacitor will stop charging and the toast will spring up.

By choosing a higher number, you are telling your toaster to use a lower current so that the off-switch isn’t triggered as quickly. The bread thus stays inside for a longer period of time and gets exposed to more heat, which makes it more brown.

Do All Toasters Have the Same Settings?

Each toaster marches to a different beat.  Also, the amount of these numbers is not always the same. Generally, the availability of more numbers allows for a greater variety of toastiness levels.

The level of toastiness, unfortunately, cannot always be (easily) predicted with the cheapest toasters. They are notorious for their lack of consistency.

Namely, achieving the perfect amount of toastiness proves to be quite a challenge, as the same setting rarely yields the same results. Sometimes they get the job done decently, but this often turns out to be a fluke instead of a rule.

Reasonably priced toasters, as well as more expensive ones on the other hand, are more reliable and consistent in getting the desired shade of brown. In addition to their basic settings, they also commonly include a “defrost” setting, a “keep warm” setting, sometimes a “grill” feature and extra-wide slots that can accommodate thicker slices of bread, bagels or buns.

The most expensive toasters typically offer even more advanced settings, like countdown times shown on an LCD display, automatic centring (which guarantees a uniform brown shade across the entire slice), and one-sided toasting (useful for bagels, for example).

As you can see, what the numbers on your toaster mean will entirely depend on the make and model of your toaster. If you still have your manufacturer’s guidelines, refer back to them to see what kinds of results you can expect at which number.

You can also do a couple of test runs and see which number you like best for what type of bread. Remember to keep your toaster clean, as stray crumbs and an accumulation of dust can mess up your toasty results.

7 Pancake Makers for Both Nutella and Jam Lovers

Can You Dry Clothes Outside in the Winter?

How to Clean a Toaster in 8 Easy Steps

How Often Should You Clean Your Dishwasher?

Previous articleWaffle Makers that Turn Dads (and Moms) into Early-Morning Heroes
Next articleDo I Need to Cut In Twice When Painting?

How Long to Wait Between Coats of Paint?