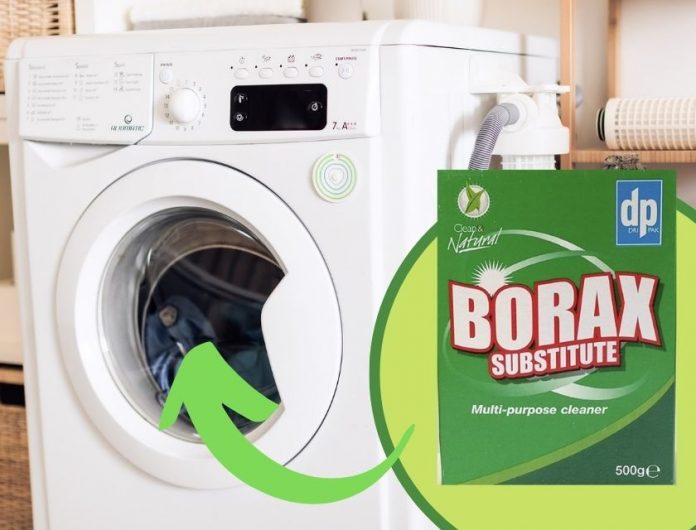 Can You Buy Borax in the UK?

Borax used to be a very popular cleaning agent, used for everything from washing the laundry to making the toilet bowl extra sparkly. It is still often recommended by bloggers and news outlets, but there is a catch: you can no longer buy borax in the UK.

Instead, you can either choose a less harsh cleaning agent, or get yourself a Borax Substitute. What happened to borax, and is it really that dangerous?

Can You Buy Borax in the UK?

You can no longer buy borax in either the UK or the EU. The “borate” group of chemicals was banned by the EU in 2010, and despite Brexit, it is still banned in the UK to this day.

The EU had at the time concluded that borax may potentially be hazardous. The cleaning agent was then replaced by “borax substitutes” which you can purchase in the UK too, both online and probably in your local supermarket.

While most of these substitute products still display the name “borax” very prominently, they don’t have the same chemical makeup.

Borax is sodium tetraborate, a boron compound, essentially a derivative of boric acid. It occurs naturally, when seasonal lakes cycle and evaporate, leaving behind a deposit that is the salt of boric acid.

Borax is soluble in water, white and powdery, reminiscent of baking soda. It is a powerful cleaning agent, and can be used for washing clothes, scrubbing the bathtub, and even making slime.

It also used to be a common food additive, but as it was considered a possible cause of liver cancer when consumed in large quantities over a long period of time, it has since been banned as such in the UK.

The jury is still partly out on the safety of borax. While there have been claims it can negatively impact reproductive health, the studies are inconclusive.

One study examined the reproductive health of rodents who were given extremely high levels of borax a human would never likely be exposed to.

Borax is also not a known cancerogen. It can irritate sensitive skin, but then again, so can a number of other household cleaning agents we use on a regular basis. Inhaling borax will irritate your airways, but so will inhaling, again, other cleaning agents.

There is no concrete evidence to prove that borax is toxic, in smaller or higher dosages. However, if you are using it either to wash your laundry or to clean, make sure to handle it with care, like you would any other chemical.

What is Borax Substitute?

Borax substitute is not as strong as borax itself. While it does have a similar pH level, it is gentler, but still strong enough to clean with. It can be used with cold water as well, unlike washing soda, and is still stronger than baking soda, so you can consider it a great mixture of both worlds.

What is the UK Substitute for Borax?

Dri Pak sells a borax substitute you can order online. You can also use baking soda or vinegar instead of borax for cleaning and refreshing your laundry.

Baking soda and vinegar are a great combination you can use all around your home to get rid of stains, limescale, smells and mould. It is however less powerful than borax substitute, so you may need to let it sit for a bit longer, or scrub a little harder.

If you would like a commercial product, you can buy the Dri Pak Borax Substitute.

Where Can I Buy Borax Substitute?

You can buy the Dri Pak Borax Substitute on Amazon or from stores like Big Green Smile. They also have their own website, or you could try Tesco or Sainsbury’s, which have their own brand-specific solutions.

If you are looking for the Dri Pak Borax Substitute, Amazon is your best bet. They sell a packet of 6, so you won’t have to worry about running out any time soon.

You can of course check the brand’s own website. They sell laundry and cleaning products as well as food salts.

Your local supermarket, like Tesco, will probably have a water softening powder that is actually the equivalent of a borax substitute. It will be branded with the store’s own branding.

What Does Borax Substitute Do?

Borax Substitute can be used for the same things you would use borax. You can use it in the laundry, or to create a cleaning paste and get rid of limescale and other stains and refresh your kitchen and bathroom.

You can mix Borax Substitute with cold water and create a paste that will help you remove any tough stains. You can further add lemon juice to it, or mix it with vinegar and create an even more powerful chemical reaction that will eat away at the toughest buildup.

You can also add it to your laundry cycles. It will soften the water, help reduce the buildup of limescale in the washer, and produce some very fresh-smell laundry.

You can also use it to clean your tiles, marble countertops, scrub your pots and pans, keep your trash can from smelling: the uses are numerous!

Borax Substitute can also be used to make slime (for the kids, of course).

Is Borax the Same as Baking Soda?

The main difference between the two is that you can safely eat baking soda, while borax should definitely not be ingested.

Which is Stronger Borax or Baking Soda?

Borax is stronger than baking soda, as it is more alkaline. While it should not damage your skin, make sure to wear gloves when handling it.

Borax is a powerful cleaning agent, and you can use it for all kinds of purposes around the home. However, if you would like to use something less harsh and more readily available, baking soda will do a good job as well.

While you can no longer buy borax in the UK, there are substitutes on the market that will do an equally good job. You can also use baking soda and vinegar to create your own cleaning mixture that will do a good job of getting rid of the harshest stains.

How To Clean Under Toilet Rim: 4 Simple Methods

Can You Put Zoflora In a Washing Machine With Clothes?

Can You Use Ceiling Paint On Walls?